The trajectory that led us to be one of the main companies in the paving sector started in 1967 with the creation of the company Asffrio.

Over more than five decades of existence, we have gone through several cycles of development and growth. The first was in the early 1970s, when Grupo Petróleo Ipiranga took control of the company, changing the name of the company to Ipiranga Asfaltos. Then, in 1973 and 2000, we went through the process of incorporating the assets of other companies (Betubras and Cibec). In 2007, the company was nationalized, as a result of the transfer of share control to Petróleo Brasileiro S.A (Petrobras). In 2011, already under the control of Petrobras Distribuidora (BR), we changed the name to Stratura, which means “pavement” in Latin. In 2017, we increased our expertise and portfolio, incorporating technological solutions by unifying the operations, factories and laboratories of the asphalt division of Petrobras Distribuidora, which made us the market leader. In 2019, in a contrary movement, we returned to private initiative as a result of the follow on of BR’s actions by Petrobras. In all these movements, our company has sought constant improvement to offer the market excellence in products for paving and conserving highways and in engineering services.

In addition to our headquarters in the city of São Paulo, we have four factories located in Paulínia (SP), Betim (MG), Ponta Grossa (PR), and Maracanaú (CE), and 12 resale branches, strategically distributed so that they can serve our customers at home and abroad. We have approximately 200 employees committed to the pursuit of constant innovation in line with sustainability and our values. 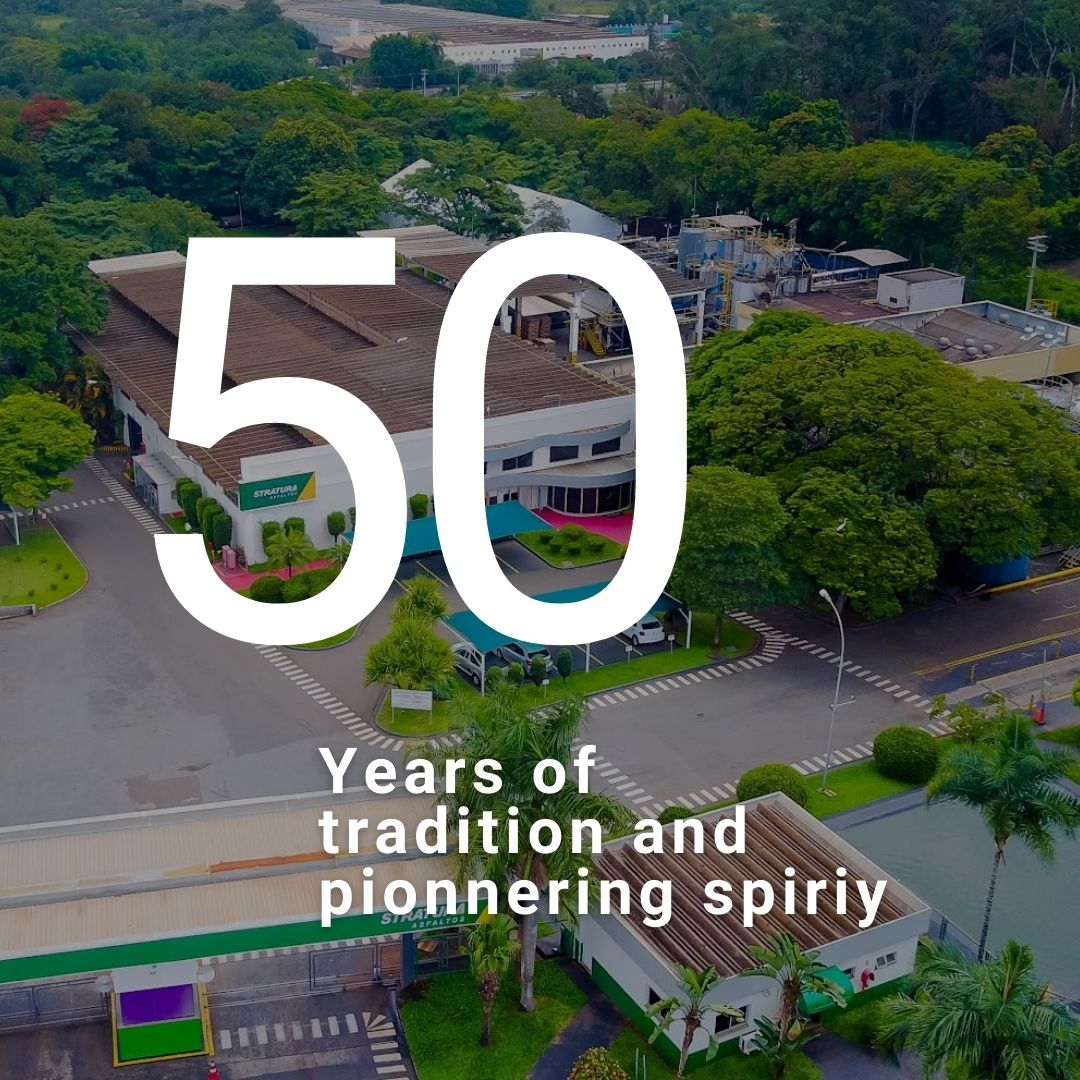 The company’s most innovative front is anchored in the Engineering Solutions Center, composed of laboratories located in the Paulínia industrial unit, where asphalt products, studies, techniques and paving services are developed to bring differentiated solutions to the market. The colored asphalt coating (Pavicor), the adhesion enhancer (Betudope Master), asphalt modified by second generation polymers (Betuflex H Plus) have already been developed there, using the Superpave methodology, and special ecological packaging for packing and exporting large quantities. of solid asphalt (Bitubags).

In 2020, Stratura had 100% of its shares acquired by Bitumina do Brasil, Brazilian subsidiary of Bitumina Industries Ltd, with administrative headquarters in London, United Kingdom. The acquisition reinforces our vision for the future and directs our strategy so that we can cross borders and expand our operations throughout America, while working to consolidate our leadership in the Brazilian market.

We are a company in transformation. With the incorporation into the Bitumina Group, which operates in more than 100 countries from the manufacture to the export of bituminous products, in addition to the supply of industrial plants and a wide range of equipment for terminals, refineries and companies focused on the road, waterproofing and processing industries. of asphalts, we are sure that we will be at the technological forefront to better serve concessionaires, public agencies and contractors. As is already in our DNA, we will continue to work always respecting the environment and maintaining alignment with the highest international technical standards of quality.